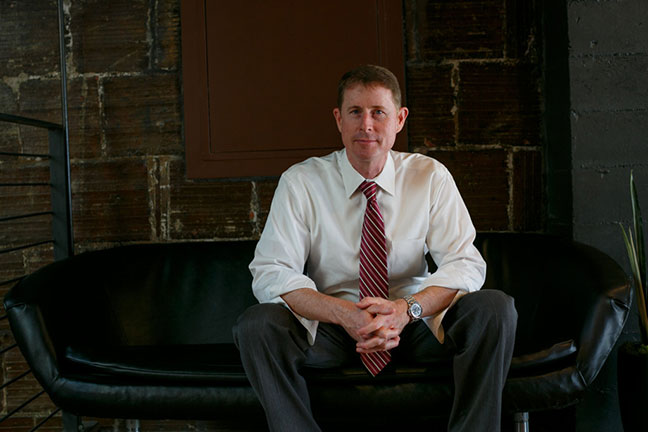 Kevin grew up in Portland, Oregon, and attended Lincoln High School. After college, military service and law school Kevin returned to Portland to live and practice law in 1992. He is an avid tennis player and sports fan.

Kevin Lucey has been an attorney and a sole practitioner since 1992. He specializes in personal injury but also drafts Wills, prosecutes civil rights violations, obtains damages for breaches of contracts  and obtains expungement of criminal convictions. He has helped his injured clients obtain settlements and awards through simple negotiations, arbitrations, mediations and trials.

Kevin received a degree in Business Administration from Trinity University in San Antonio, TX and his law degree from Chicago–Kent College of Law, where he was a Kent Legal Scholar from 1990–1992. While at Kent, he served as an extern for Federal District Court Judge Marvin E. Aspen, was a member of Law Review and was honored with membership in the Order of the Coif.

Kevin also served in the United States Navy from 1981 to 1989 as a helicopter pilot. He retired as a Commander in the Navy Reserve, where he has served as an Officer from August 1989 to 2009.